Nissan Almera Classic: The Mystery of OriginA car produced at the South Korean plant of the Renault-Nissan Alliance, entered the Russian market at the end of April 2006. Gradually, the sedan will replace the basic configuration…

Toyota has built a bright futureToyota Corporation is going to conquer visitors of the Tokyo Motor Show not only with bold rework of existing models, but with a convincing demonstration of its capabilities in designing…

Do I need to redo the right wheel on the left? 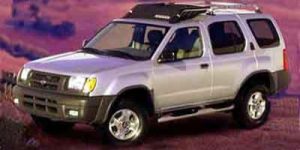 In light of recent changes in the right-hand drive cars on the car market is becoming more and more. And this is understandable – the Japanese cars have a lot of advantages: a “native” assembly, a wide range of engines and full set, for a very small amount you can buy a 7-10-year-old car with automatic transmission, four-wheel drive and air conditioning.

In addition, as practice shows, cars designed for the domestic Japanese market are superior in quality to their European counterparts. Nevertheless, they are not without flaws, the biggest of which is the unusual location of the steering wheel.
Many, buying cheap right-handed cars at first glance, amuse themselves with hope in the future to rearrange the steering wheel on the left side. But is it worth it? Most sellers of right-hand drive cars assure that all problems with driving such a car are solved in two days: in the first you will still confuse the levers of the turn signal and the wiper, and on the second you will learn to skip holes between the wheels. And in a week or two you will become the owner of the right-hand drive in the same way as the left. Nevertheless, there will always be people who want, despite the arguments presented, to adapt their “Japanese” to the left hand drive. In addition, we should not forget about the periodic, although so far unsuccessful, attempts by those in power to ban the use of right-hand drive cars in our country. So this topic will probably be quite relevant for a long time, considering that about a million right-handed cars travel around Russian roads.
LEGO for adults
So, how much does such an adaptation cost today, and how feasible is this operation economically? Argued that the Japanese car should be very cheap. And that on right-handed cars everything is ready for alteration under the left wheel. Far from it – a good car costs money everywhere, and a lot. In addition, it is often much more profitable to continue to steer, sitting on the right. The fact is that the transfer of steering – it is troublesome. Firstly, the amount of work is quite impressive: the engine shield separating the engine from the passenger compartment, the torpedo, the headlights are changing. The ventilation system and the pedal unit are also being reworked … In total, from 30 to 60 new parts are required for adaptation. And this is if the car is altogether subject to alteration, that is, it has a left-handed analogue or something close to it. The rest, please do not worry. Of course, if you wish, everything is possible, but you have to be aware that few people will take up the adaptation of these machines, and the process takes 2.5–3 months, and at a cost it can be compared to buying a new VAZ “dozens”.

Golden corolla
Convertible cars can be divided into three groups. In the cheapest segment of the market, the right-hand drive “Japanese women” are the most popular in Moscow – cars for $ 6,000-8,000. It does not make sense to import expensive cars of this class, since the buyer, who has the larger amount, will most likely prefer the left handlebar. This group includes cars similar to Toyota Corolla, the engine capacity of which is not more than two liters.

Only work on the re-equipment of such a machine will cost the customer $ 1,700-2,000, depending on the completion of the operation. The fact is that smart motorists in order to save money, some details that indicate that they belong to the family of right-handed cars are left unchanged. For example, you can sacrifice replacing the steering column switches, hood lock, automatic transmission activation knob and some other minor details.

More interesting is the situation with spare parts. Their cost ranges from 1,200 to 2,500 dollars. And here, too, you can save, but then you have to purchase used components. If preference is given to new parts, then be prepared for the fact that for only one steering rack you will be asked about $ 1,200. It turns out that converting a Toyota Corolla class car today will cost you between 3,000 and 4,500 “bucks”, which is almost half of its original cost.

In the second group of cars, we included such cars as Toyota Camry, Crown, Windom (similar to Lexus ES-300), which are much more expensive in our market – $ 10,000, but still do not reach the level of their left-handed classmates. The cost of work here is also estimated at $ 1,700–2,000. But for parts, you will have to pay from $ 1500 for a used set and up to $ 3000 for new components. Ultimately, the completion of the machine will result in an amount approximately equal to 3200-5000 dollars. Rearranging the steering wheel is most advantageous on executive cars and expensive SUVs. Despite their high price, the cost of work remains the same ($ 1,700-2,000). These cars are widespread in the United States, and problems with finding parts usually do not arise. In addition, for example, on such a popular car as the Land Cruiser 100, one of the most difficult problems – alteration of the engine shield – is completely absent, as it is suitable for both the right and left handlebars.